I no longer eat my own dog food. 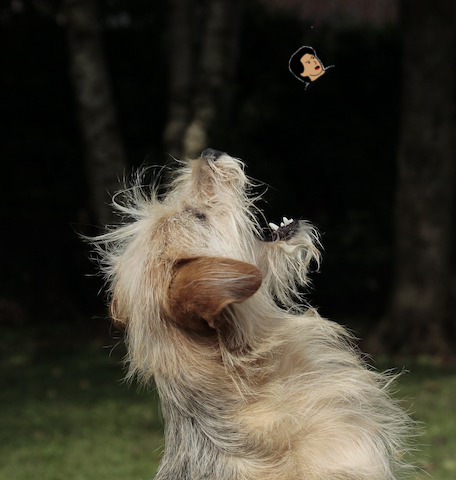 When I decided to relaunch foohonpie.com I had an obvious question that needed answering: what is going to power the website?

When I was younger this was easy: I was going to power the website, by coding everything from scratch and learning valuable lessons about web development in the process! I would use my own web software!

According to Wikipedia (via nytimes.com):

Eating your own dog food, also called dogfooding, is a slang term used to reference a scenario in which a company uses its own product to test and promote the product.

In an alternate timeline, I would then write a blog about writing about blogs.

Things went according to plan. I learned a lot about The Catalyst Web Framework and continued to hone my skills as a Perl developer. When it was time for me to make my first big career leap, I discussed code samples from foohonpie.com's previous incarnation during my job interview. I landed the job. I knew my shit because I did it all myself.

In retrospect, however, I think this was misguided.

I have been embarrassingly selfish.

Here's my GitHub history for 2012, the year I landed the aforementioned job. Notice anything interesting?

No? That's exactly right. There's not anything interesting there because there's not anything there. Despite my aspirations to eventually contribute something to CPAN, I perpetually delayed ever giving back to the open source community (Perl or otherwise), which I still feel pretty guilty about.

How much benefit have I derived from other peoples' work without contributing any time or effort of my own? How many times have I claimed to have built something "from scratch" while using open source software or libraries within my own code? What a hack!

In retrospect, it was a misplaced sense of pride that kept me so isolated. After all, I'd had a fairly successful career as a web developer despite being a college dropout. In my mind, using something like WordPress was for less creative developers.

I still don't use or recommend WordPress for blogging, but these days it's for different reasons (sorry guys!). That's not a shot against them; it's just a matter of product vision and a post for another time.

Unless I'm writing machine code, I'm not really doing anything truly from scratch. And even if I was, the hardware running said code would be still had been created by others. You get the idea.

Everything I do is built upon the work from others. This is true for all of us. So if writing is the end goal, why not just focus on writing and let smarter people do the heavy lifting?

Yes, I develop for the web but unless I'm aiming to enter the blogging space (I'm not) then developing proprietary blogging software on my own time is wasting energy that could instead be applied to creating the blog's actual content and supporting its readership.

That is one of the more practical reasons I chose to not to build foohonpie.com from the ground up this time. I would rather support people who do it better than I ever possibly could on my own.

This is not a paid or requested endorsement of any kind. I'm just recounting my positive experience as a blogger re-entering the space. Admittedly, I'm still in the honeymoon phase, but I am optimistic by what I am seeing so far.

After considering other options, namely Medium and Wordpress, I decided that Ghost's product offering suited my needs better than either. A detailed product comparison will be another post for another day, but in the end what sealed the deal was actually their actions and vision as a company.

Ghost was founded in April 2013, after a very successful Kickstarter campaign to create a new platform focused solely on professional publishing. Our mission is to create the best open source tools for independent journalists and writers across the world, and have a real impact on the future of online media.

We set Ghost up as non-profit foundation so that it would always be true to its users, rather than shareholders or investors. Our legal constitution ensures that the company can never be bought or sold, and one hundred percent of our revenue is reinvested into the product and the community.

and my personal favorite:

All of our company metrics are public

There's (much) more to it than that and I recommend giving it a read, especially if you have an interest in new media. The point though, for me, was that I found myself wanting to be part of the Ghost ecosystem in a way that I'd not experienced with Wordpress or Medium.

While I'm not just yet available to contribute code (I really want to focus on writing for awhile), I am able and willing to contribute via subscribing to their Ghost(Pro) plan, which takes this whole DDIY (Don't Do It Yourself) concept a step further and abstracts the hosting/sysadmin work into their hands as well.

Of course I could do all of this myself, but why would I? So I can say that I did? So that I could have full control? Well, full control means fully responsible and quite frankly I've got better things to do than maintaining my own blogging software and wearing an ill-fitting sysadmin hat when something inevitably breaks.

Let's remember the good times. On February 26, 2008, Imperial Conflict's original, hand-coded forums were hacked. I bet it was Michael Scofield. A common but tragic design flaw led to a SQL injection

Five years in the making. The last time I published something online was in 2012. It was a big year for me; I quit my first job in the tech industry, started my